Why would Microsoft disabled comments for this video ? The new dashboard looks cool ! The Kinect is a joke , who would want to talk to the TV all the time ?…lol

It is still TV TV TV for Xbox One where are the real games ?

The Time Warner Cable TV B-Roll Trailer of the Xbox 360. 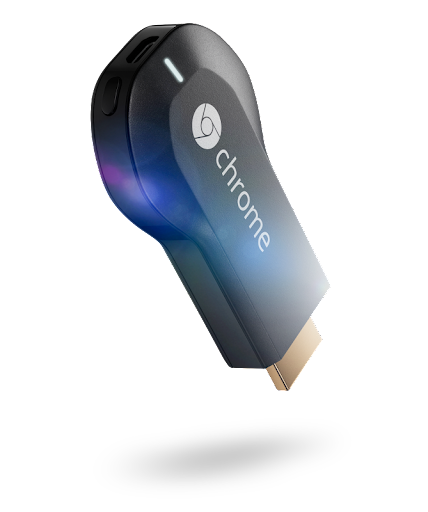 I hope in the end Microsoft does the right thing and allows you to share your games on a few Xbox One’s. I have three Xbox 360’s in my house,Microsoft is crazy to think I will share my gamertag with my family or friends. My gamertag is all about me and not to be shared,would you share your Social Security number ? JUST DO THE RIGHT THING MICROSOFT !

@majornelson @xboxsupport so with the Xbox One we can’t share games with family members that don’t live at home !? #xboxone #xboxreavel #RIP

@vampero There are still a lot of scenarios that we don’t have specific insight on. Have you already seen this? xbx.lv/1305zyp ^PC

@xboxsupport Yes I read it. I want to share games with my brother not my gamer tag so he can play what I bought. MS better think hard on it.

@vampero Thank you for the feedback. We hope to have have more sharable info soon. ^PC

@xboxsupport I beta tested live on Xbox. I have 10 year + live account (Vampero13) I feel you don’t care about the past support. #xboxone

@vampero Sorry to hear that you feel that way. There are still aspects that haven’t been solidified or confirmed. ^PC

@xboxsupport Thanks for tweeting back. I will give MS a break and see what happens @ E3 before I show support or not for the #xboxone

@vampero I’d definitely recommend gathering as much data as you can before making an informed decision. 🙂 ^PC

Experience the game for free with a PC trial on Steam, and watch the show from the beginning on Syfy!

May 23, 2013 – Trion Worlds and Syfy today announced a joint promotion for the critically acclaimed TV Show and online game, Defiance™. Fans interested in catching up on the series can do so throughout Memorial Day weekend as the first six episodes will air back-to-back on Saturday, May 25th from 4-11pm on Syfy. All six episodes, and a season-to-date feature recap, will be available on Video on Demand (VOD) and for online viewing on Syfy.com throughout the weekend. In conjunction with the television replay, Trion will offer the opportunity for players who have not previously experienced the early TV tie-in game content to jump in-game and play alongside lead characters Nolan and Irisa in the early episodic content.

Gamers who have yet to explore the open world shooter can try it on PC for free on Steam from May 23rd at 10:00am PDT to May 26th at 1:00pm PDT. Steam is also offering a weekend long sale on Defiance for those whose thirst for alien technology and open world action isn’t satisfied by the trial. Both the Standard Edition and Digital Deluxe Edition will be 30% off.  In addition, Steam will also be running a sale on “Bits,” the in-game currency for Defiance, during which customers will get more “Bits” for their money.

Other retailers will also be running sales across all platforms during the Memorial Day Weekend.

Note: If players have previously completed the Nolan and Irisa missions, these missions will not be available during this Rewind Weekend.

Defiance is rated M for Mature by the ESRB. For more information on Defiance, please visit  www.Defiance.com.

This is a town worth fighting for. Defiance premiering Monday April 15 at 9/8c on Syfy

Microsoft will launch a TV service for Xbox 360 this holiday season, Microsoft CEO Steve Ballmer announced at a financial analyst meeting this week. Ballmer said Microsoft is working with “dozens or hundreds of additional video-content suppliers,” which makes us wonder if someone should send out a company memo describing the substantial difference between those two figures. Xbox TV will feature live television as well as on-demand services.

Xbox TV will use Bing and the Kinect voice commands to facilitate users’ searches, a feature that Ballmer said separates Microsoft from previous, failed TV-peripheral attempts by other companies, such as Google and Apple. Van Baker, an analyst at Gartner, said that may not be as much of an advantage as Microsoft thinks. “Search is not discovery,” he said. “Search as an answer to discovery implies you know what you’re looking for. Most people have no idea what they’re looking for.”

A well-integrated streaming TV service is a wonderful idea, if it’s implemented correctly — we’ll see if Microsoft has the magic formula (Wingardium televisiosa!) this holiday season.

On the television side, the Defiance series, to be produced by Universal Cable Productions, will be penned by Rockne S. O’Bannon, a legendary sci-fi TV writer best-known for his work on Warehouse 13, Alien Nation, seaQuest DSV, and Farscape.

About Defiance
Set on a future Earth, Defiance introduces players and viewers to a world where humans and aliens live together on a planet transformed by decades of conflict. The game combines the intense action of a “AAA” console shooter, with the persistence, scale, and customization of an MMO, while its TV counterpart weaves the rich tapestry of the world into a series with the scope, characters, and drama of a classic sci-fi epic. Because they exist in a single universe, the show and the game will influence each other and evolve together over time, with actions in both mediums driving the overall story of Defiance.