With today’s update, all of these customizations are now available as extremely rare drops in-game. You’ll also be able to immediately unlock one of the character’s customization sets each week via SHiFT code by clicking the corresponding images above as they go live on their listed dates.

We are aware that some Xbox 360 users are experiencing an issue that causes them to be stuck in a compatibility pack download loop. To resolve this, please follow the instructions in this knowledge base article.

For help and assistance with SHiFT, visit support.gearboxsoftware.com. 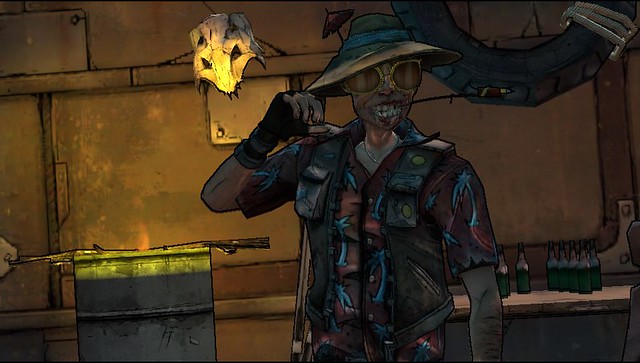 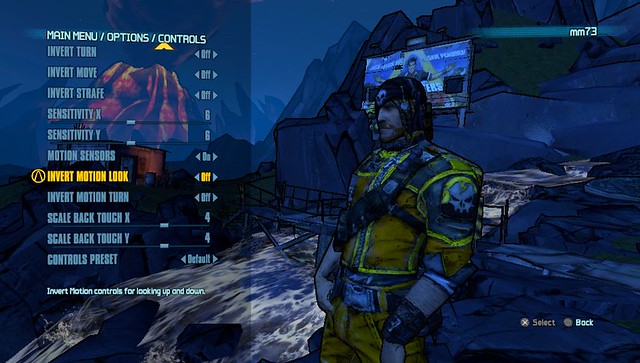 New hot fixes for Borderlands 2 are now rolling out on PC / Mac, Xbox 360 and PlayStation 3!

A hot fix is automatically applied at the “Press Start” screen when Borderlands 2 is connected to the internet. In general, hot fixes are used to temporarily address issues between major updates. Hot fixes are not permanent — they are temporarily stored in memory during the game session and lost upon exiting Borderlands 2.

To ensure that you receive hot fixes, make sure that your system is connected to the internet when Borderlands 2 boots up. A hot fix differs from an update in that an update contains changes that are permanently stored on your system and only needs to be downloaded once.

For more on hot fixes and updates to Borderlands 2, keep an eye on the respective Knowledge Base article for your platform: PC, Xbox 360, PlayStation 3.

You can download the latest update by launching Borderlands 2 while connected to Xbox LIVE. You will be prompted to install the update if you do not already have the latest version.

All updates are cumulative; you only need to install the most recent version to receive all updates.

1) In the main menu of Borderlands 2, select “Extras.” This weekend, we’ll be handing out SHiFT codes that can be redeemed for a Golden Key in Borderlands 2 on the Borderlands Facebook and Gearbox Software Twitter!We’ll be posting five sets of codes across 24 hours, specifically:

Each code will be active for three hours from its initial posting and will be usable once per account.

To learn more about SHiFT codes, Golden Keys and how to redeem them, visit support.gearboxsoftware.com

An all-new season of Claptrap episodes kicks off with a behind-the-scenes glimpse at the production of Borderlands 2 — now available on Xbox 360, PlayStation 3 and PC.

Be sure to check the video description for SHiFT codes!

Borderlands 2 – Claptrap Web Series Season 2, Ep. 1
An all-new season of Claptrap episodes kicks off with a behind-the-scenes glimpse at the production of Borderlands 2 — now available on Xbox 360, PlayStation 3 and PC.

Redeem the SHiFT codes below for a Golden Key in Borderlands 2 before it’s too late!

To use a code, select “Extras” on the main menu of Borderlands 2 and choose “SHiFT Codes” then follow the on-screen instructions. For further details and assistance, visit http://support.gearboxsoftware.com/

Join the conversation on Twitter by using the hash tag #BL2Mayhem

New York, NY – November 2, 2012 – There are more guns, more mayhem and more gamers on Pandora than ever before, and they’ve brought friends. 2K and Gearbox Software announced today that, to date, more than 5 million units of Borderlands 2 have been sold-in to retailers worldwide, making it one of the most popular video games of the year. With the recent release of the all-new Mechromancer character class, the Captain Scarlett and her Pirate’s Booty add-on campaign, and three new add-on campaigns scheduled to release throughout the coming months, the shooting and looting mayhem continues to gain momentum.

A sequel to the 2009 breakout hit, Borderlands 2 released on September 18  to critical acclaim across the globe and currently has an average Metacritic score of 90*. G4TV scored it a perfect 5 out of 5 and said “This is the grand, loot-filled adventure you’ve been waiting for.” Game Informer and IGN awarded it a 9.75 out of 10 and 9 out of 10 respectively with IGN declaring, “This is an excellent shooter no one even remotely curious should overlook.”

“We’re thrilled with the momentum of Borderlands 2 and it’s really a testament to all the hard work that the team at 2K and Gearbox put in to make this a must play game,” said Christoph Hartmann, president of 2K. “The Borderlands series has never been more popular, and with continued support through substantial add-on campaigns, Borderlands 2 has cemented itself as one of the industry’s mega franchises.”

A fifth playable character class, Gaige, the Mechromancer, was released earlier this month and is free for members of the Premiere Club who pre-ordered Borderlands 2 from participating retailers. For those who are not members of the Premiere Club, Gaige is available for purchase separately for $9.99 (800 Microsoft points). Captain Scarlett and her Pirate’s Booty, the first add-on campaign content for Borderlands 2, was also released earlier this month and can be downloaded now by anyone who has purchased a Season Pass, or can be purchased individually for $9.99 (800 Microsoft points).

“The overwhelmingly positive response to Borderlands 2 from our fans has been incredible,” said Randy Pitchford, President of Gearbox Software. “Players have embraced Borderlands 2 as their next hobby with over 50 million interactions with Claptrap in the central town of Sanctuary and 12,000 real world years’ worth of time spent shooting and looting their way through Pandora! We are just getting started and have incredible momentum to improve and add to the game all the way through the holiday season and beyond. We can’t wait to show everyone what more we have in store for Borderlands 2.”

“The Borderlands franchise has redefined cooperative online gaming and the original game’s ability to engage users years after its 2009 launch has been a guiding light for the rest of the industry,” said Jesse Divnich, VP of Insights & Analysis at research firm EEDAR. “Borderlands, has been able to achieve attach rates north of 25% when the industry average is 14% and we anticipate that downloadable expansion packs for Borderlands 2 will generate similar attachment rates.”

Borderlands® Legends, a new mobile gaming experience, extends the critically acclaimed and award-winning Borderlands universe and is available via the iTunes App Store for $4.99 on iPhone and iPod touch, and $6.99 on iPad. Borderlands Legends is designed specifically for mobile devices and combines two popular genres, action-RPG and strategy, to create addictive, top down tactical gameplay.

Borderlands 2 is rated M for Mature by the ESRB and is available now on Xbox 360, PS3™ and Windows PC. For the latest Borderlands 2 news and information, please visit the game’s official website. Also check out Borderlands 2 on Facebook.

Here’s the SHiFT codes that have been released thus far:

Codes expire on Sunday, November 4th at 11:55pm CT. To redeem them, simply head into the ‘Extras’ screen on the main menu and enter the ‘SHiFT Code’ menu. You then have to enter the 25-character code 5 characters at a time.

Handsome Jack lays out his vision for Pandora, and doesn’t include vault hunters. Do you have the firepower to put a stop to his plans?

Composers Velasco/Dikiciyan and Kyd were assigned the task of creating a colorful and dynamic music score for Borderlands 2‘s adrenaline-fuelled combat and diverse atmospheric environments. To accompany players’ loot-hunting adventures in the cell-shaded, eclectic world of Pandora, the soundtrack fuses multiple music styles and cutting-edge sonic palettes which exude the multi-faceted personality and thrilling co-op action of Borderlands 2.

Borderlands 2 features all-new characters; skills; imaginative, diverse new environments with unique missions and enemies, and more exciting and fun weapons, equipment and loot than ever before. All of these features come together in a story that takes players to the world of Pandora to take down the notorious Handsome Jack and his corrupt Hyperion Corporation as a solo campaign or with up to four cooperative players.