“Being featured on the cover of NHL 15 is a dream come true,” said Bruins center Patrice Bergeron. “The fact that the cover is selected entirely by fans is an incredible feeling. The passion and support from hockey fans, especially Bruins fans, is unlike any other sport and I’m so grateful to everyone who voted for me.”

“Congratulations to Patrice Bergeron for being chosen by the fans as the EA SPORTS NHL 15 cover athlete,” said Adam Larry, NHLPA Director of Licensing and Associate Counsel. “We enjoyed seeing the passion that fans displayed in supporting the eight NHL players participating in this year’s NHL 15 vote campaign, as well as the entertaining activations from the players who were vying for the title. This program is a great way to kick off a big year for the NHL videogame franchise.”

“We would like to congratulate Patrice on this incredible honor and to recognize the outstanding fan support that helped him earn the NHL 15 cover distinction,” said Dave McCarthy, NHL Vice President of Consumer Products Marketing. “Once again, we were amazed with the level of engagement, creativity and support exhibited by our teams and our fans that truly exemplified the unrivaled level of passion and commitment only found in the NHL.”

NHL 15 ushers in an exciting new era of hockey videogames with the most detailed and authentic hockey experience ever delivered. Introducing true collision physics for all 12 players on the ice, NHL 15 delivers a level of realism for a new generation of game consoles that allows players to be immersed in the sights, sounds and feel of the sport like never before. Players can now look, move, play and think like an NHL athlete with detailed new player modeling and an expansive new set of tools, including the Superstar Skill Stick and Vision AI that heighten on-ice control and player intelligence. 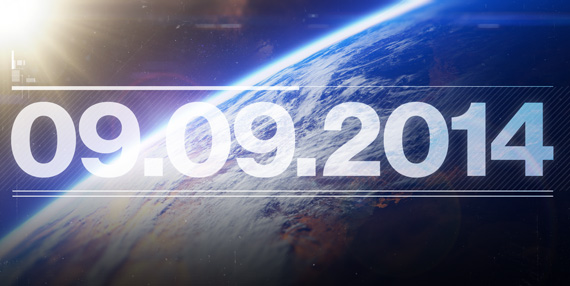 There should be a stage in every product where the ludicrous is thought possible, where the team blazes trails right to the edge of the abyss in a hundred directions. Only through great risks are great things truly achieved.

Destiny has always represented a new beginning for our team. It was born from brave possibilities. We dreamed of a renewed and independent Bungie. We found partners willing to bet big on some crazy new ideas with us.
We first shared the design pillars of Destiny less than one year ago. We promised to redefine what players should expect from a Bungie game. We said we wanted to change the way people play games together. We set our bar high. For us, Destiny represents a once in a lifetime opportunity.
Since then, Destiny has continued to reveal its promise. Every new build brings us closer to our original vision. With those goals in sight, we intend to use every moment from now until the release of the game to ensure that Destiny lives up to your expectations, and our own.
Today, in partnership with Activision, we are proud to announce that the worldwide launch of Destiny will happen on September 9th. Accordingly, the Destiny Beta will kick off in the summer of 2014, available first on PlayStation 4 and PlayStation 3.
The early support and enthusiasm for Destiny has been inspiring and humbling. We believe this is the right decision for our game, our studio, and our passionate community. Thank you for coming along with us on this adventure.
See you starside.

Watch the first gameplay footage from Free Fall, a downloadable bonus multiplayer map for Call of Duty: Ghosts. Pre-order at participating retailers and get the map that drops you into a shattered skyscraper on the brink of collapse. http://www.callofduty.com/ghosts/wher…

Get the latest news about Call of Duty: Ghosts by following us on Facebook (www.facebook.com/CODGhosts) and Twitter (@CallofDuty and @InfinityWard).

Publisher/developer is staffed by a team of Ubisoft, EA, Epic and Insomniac veterans

Durham, NC – October 28 Relevant Games is proud to introduce themselves to the gaming community with the company mission to build and publish games that entertain and enlighten through fun and exciting gameplay experiences for the mobile games market focusing on iOS and Android devices. The studio’s first project is well into development in collaboration with Hazard Studios under the creative guidance of Relevant Games’ new Sr. Creative Director, Randy Greenback, and the art direction of Donovan Valdes.

Randy has played a major role in North Carolina’s game development community, having most recently acted as Creative Director for both Red Storm Entertainment/Ubisoft and Insomniac Games, contributing his leadership and design talents to titles from game series like Ghost Recon and Ratchet and Clank. Donovan has also proven himself a top industry talent with some of his past work being featured in hit game series such as Assassin’s Creed, Ghost Recon, and Prince of Persia.

Studio Director, Joshua Mills, and Head of Publishing, Mike Tata, round out the team as a very robust collection of not only creative development capabilities, but professional business savvy as well. Josh has worked for Epic Games, Funcom, Redstorm/Ubisoft and Insomniac Games, bringing extensive QA and filmography expertise, while Mike has a strong background in publishing titles for PC, mobile and console systems, finding his start at CDV Software. Together, these two bring the much-needed competitive edge of expert marketing capabilities, overall studio direction and organization highly sought after in such a fast-paced and competitive gaming market.

Relevant Games is fortunate to have top tier industry talent and the marketing and public relations expertise to successfully and appropriately bring our developers’ games to market and foster player growth post-launch. We’re actively looking for passionate developers with original concepts and products to closely team up with in the future.  We believe that the developer is the artist, and we want to help support and foster their creativity and vision by working closely together through development to make those efforts a success in the very competitive field of mobile gaming.

For any developers that would like to get in touch to discuss publishing options and their IP, Mike Tata (Head of Publishing) and the rest of the team can be reached at publish@relevantgames.com. We are open and willing to build relationships with members of the press or the gaming community in general, and can be reached any time at pr@relevantgames.com. We would be happy to respond to any media questions, concerns or general contact for future purposes, so don’t be shy! We look forward to hearing from you!

http://www.battlefield.com
Battlefield 4 will release Fall 2013. The “Fishing in Baku” video is shot entirely in-game and is the first glimpse of the human, dramatic, and believable single player campaign in Battlefield 4. Available for pre-order now.

As we promised during the weekend in the next weeks we will unveil Durango and Orbis. All the technical info you want to know about the next generation machines from Sony and Microsoft.

The first one is Durango. In this article we present the system overview with the general components and some technical details about them.

How are durango components connected?

Here you can see the Durango system block diagram:

Let’s check what’s inside the box:

– each hardware thread can issue two instructions per clockGPU:

– at peak performance, the GPU can effectively issue 1.2 trillion floating-point operations per second

– from the GPU’s perspective the bandwidths of system memory and ESRAM are parallel providing combined peak bandwidth of 170 GB/sec.

– Cryptography engines for encryption and decryption, and hashing

Quote from Bungie ” Go ahead. Take a peek. It’s alright. We weren’t quite ready, but we will be soon, and we can’t wait to finally show you what we’ve really been up to.

Stick around, we haven’t even started yet. ”

Rumor is that it will be a Xbox 720 exclusive !

Watching the @patriots vs @dallascowboys then going to the @steelpanther concert!!!!
@destinythegame Halloween event 2019!!! #Destiny2 #Shadowkeep
@the.outerworlds Stellar Bay
Space port in @the.outerworlds #outerworlds
@the.outerworlds great game!! #outerworlds
Game day !!! #Patriots
Hairfest 2019 !!!
Beautiful morning!!!
Relaxing!!!
Did the scorpion shot at #nachodaddy !!! #gotstung
Want to join a clan? Help it grow. Fun clan that wants to get shit done! PvE,DZ and 4/8 man raids. Only need to be minimum age 18yo. #TheDivision2 #XboxOne only ! Message on #XboxLive Thanks https://t.co/RtOHB4PLuH
Go Patriots!!! #Patriots #patriotsnation
#AnthemDemo #XboxOneX
You ever see so many tomatoes on one tomato plant? Not me. 😀😀😀😀😀😀😆😆
Whoooo!!!
I guess Patriots fans don't care about practice!!!😂😂😂😂 #patriots #patriotsnation
The clouds and sky looks spectacular tonight.
Cruising!!@