Tonight, we will begin rolling out the next Xbox One system update. Again, I’d like to thank all of the Xbox Live members who previewed features with us and shared some of their feedback. Their input helped shape this system update, and we look forward to expanding our list of previewing Xbox Live members in the coming months.

Here’s the final breakdown of the features rolling out to Xbox One systems starting tonight and over the next few days: 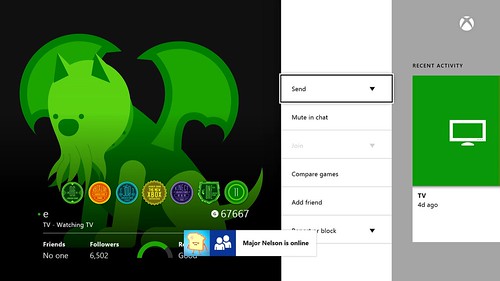 Thanks again for everyone’s feedback on particular features previewed these past few months and keep the feedback coming.